Lucia journeys home to Croatia, to visit her elderly eccentric mother.  Comedy ensues, but she cannot escape the traumatic remnants of the Balkans War.

View the film by clicking here.

This 15min drama is about a traumatised Rwandan genocide survivor living in London, who finds a friend in a man going through similar experiences. Stars Shaun Parkes (Human Traffic, The Mummy Returns) and Cyril Nri (The Bill).

*Selected by the British Council for representation.

*Winner BEST SCRIPT and BEST ACTOR at the BFM Film Festival, London 2008. The script is being developed into a feature with the BBC Writer’s Room.

Screened at the National Gallery summer 2006.

A 25-year old Rwandan comes to terms with his parents death in the 1994 genocide as he exhumes their bones 12 years later, to give them a proper burial service for the first time.

Docs in remembrance of the children who died in Rwanda's genocide and the orphans who survived. Shot on Sony PD150. For the Aegis Trust in Rwanda.

Screened at Phoenix Shorts Festival, Shallow Shorts and featured in the Best of UK Film at Edinburgh Film Festival 2005. 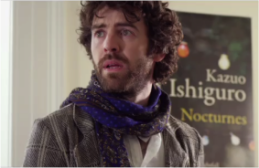 Novelist Tony faces the most difficult obstacle yet to publishing his Magnum Opus: his publishers.

View the film by clicking here.